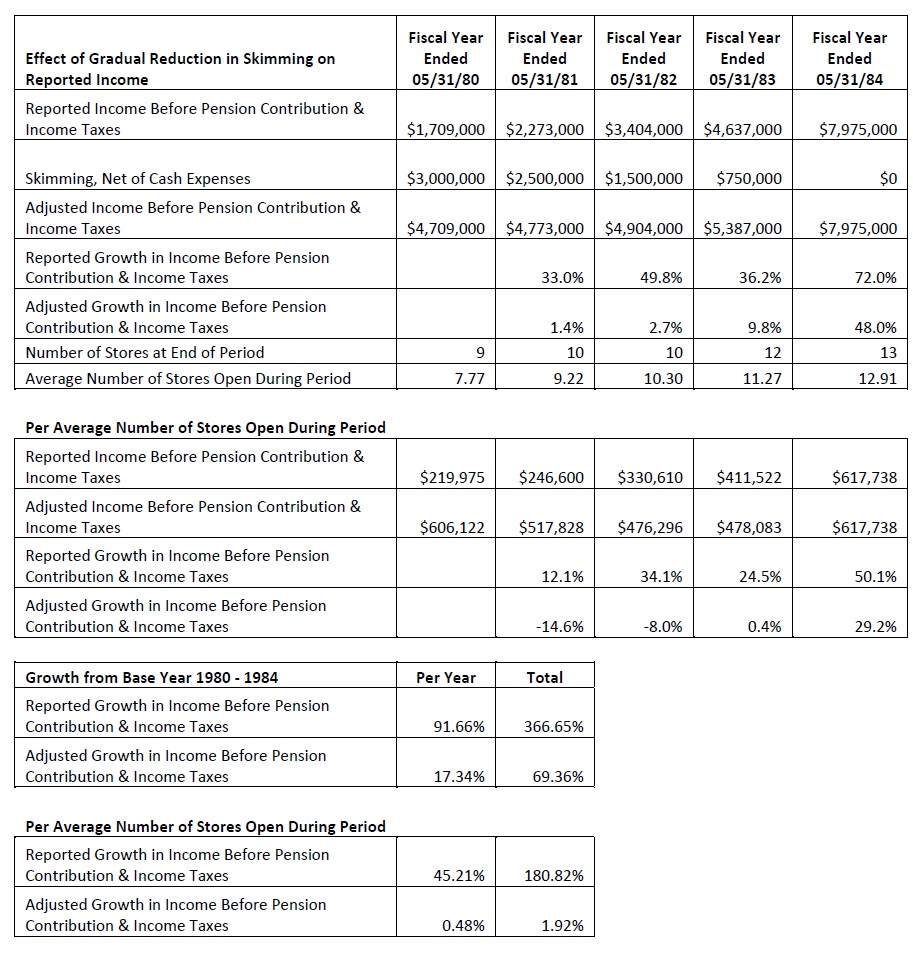 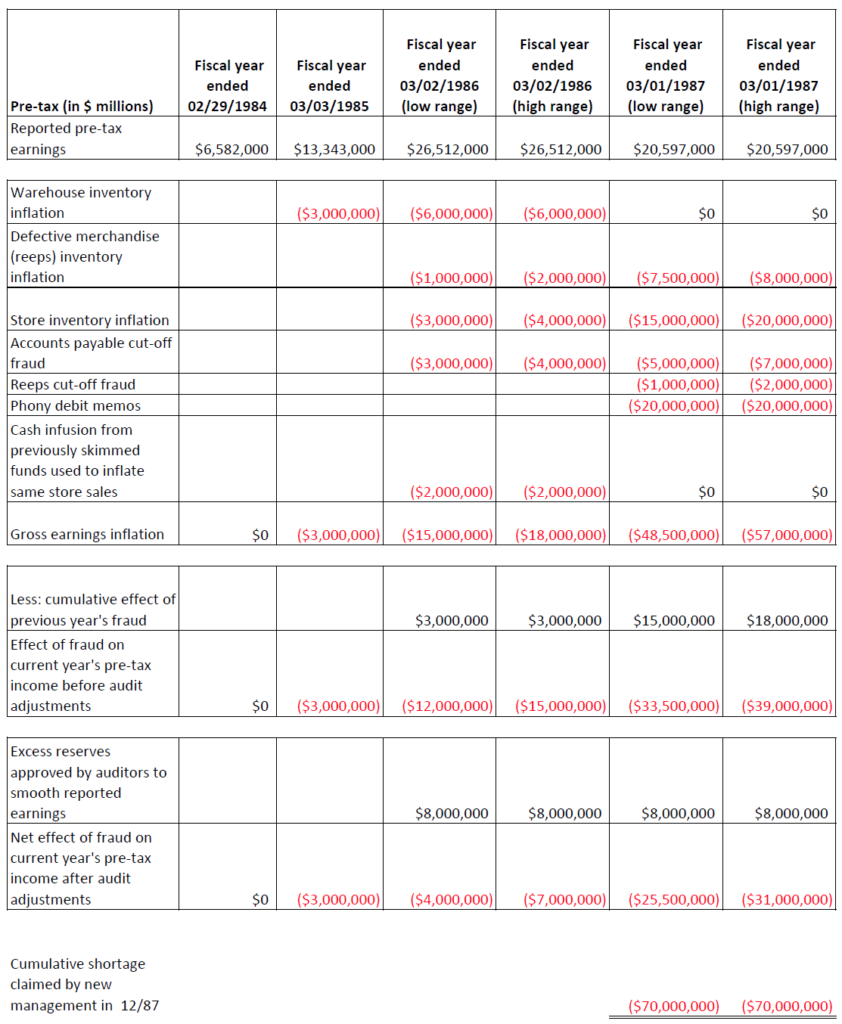 The management team who gained control of Crazy Eddie claimed that its cumulative earnings inflation was approximately $70 million, while my calculations show that cumulative earnings inflation was $57 million. The differences in amount, though relatively small, can be primarily explained by alternative methodologies used new management and me to compute the scope of Crazy Eddie’s fraud. In addition, my computations extend only to the fiscal year ended 3/1/87, whereas new management’s computations extend to the period ended 11/30/87.